Indianapolis has more historic monuments and memorials than any city in the United States (outside of Washington, D.C.). One way to celebrate Independence Day, Memorial Day or really any day in The Circle City is to see these works, made in honor of those who have fought for our freedom, and to be mindful and thankful for their sacrifices.

Take advantage of all the history our beautiful city has to offer by visiting these monuments and memorials.

Soldiers and Sailors Monument and Memorial 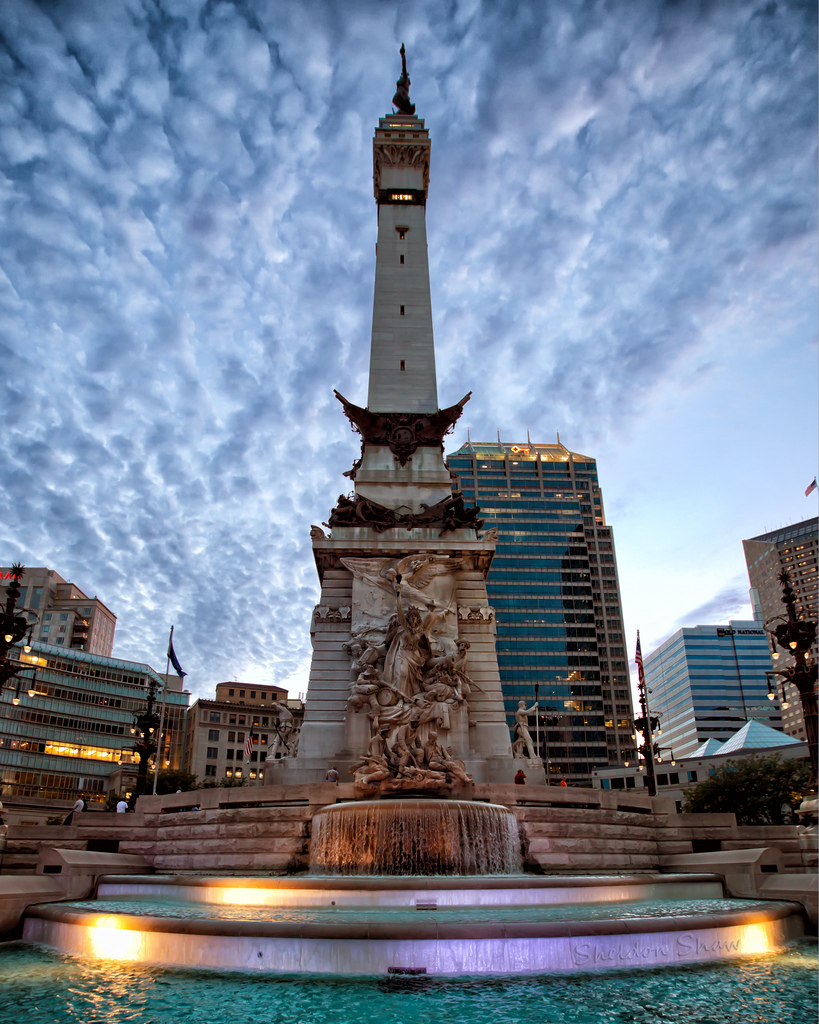 Standing 284 and a half feet tall, the Soldiers and Sailors Monument and Memorial has become an iconic symbol not only of Indianapolis, but Indiana as a whole. The memorial was built to honor those who served in the Revolutionary War, the War of 1812, the Mexican War, the Civil War, the Frontier War and the Spanish-American War. 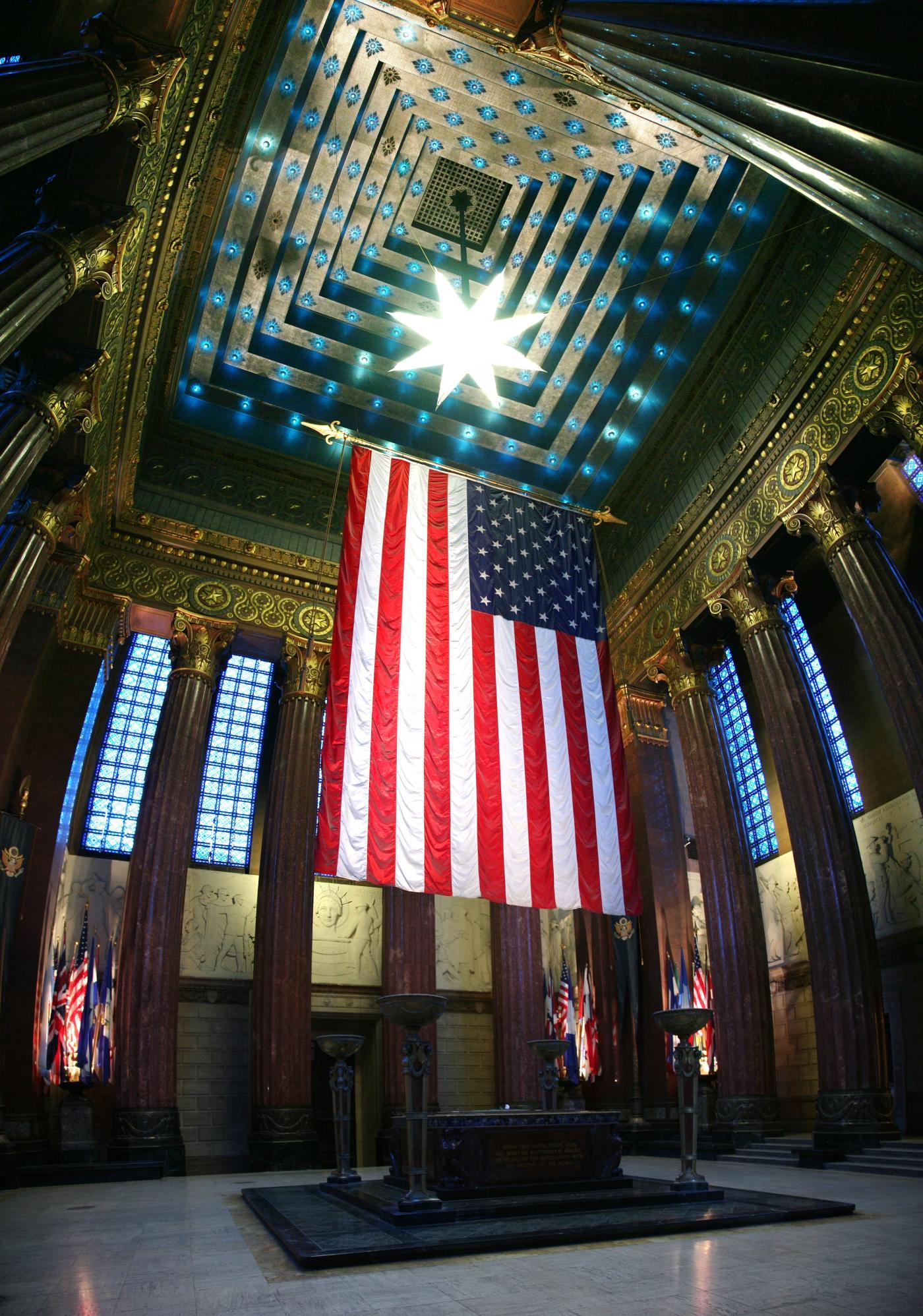 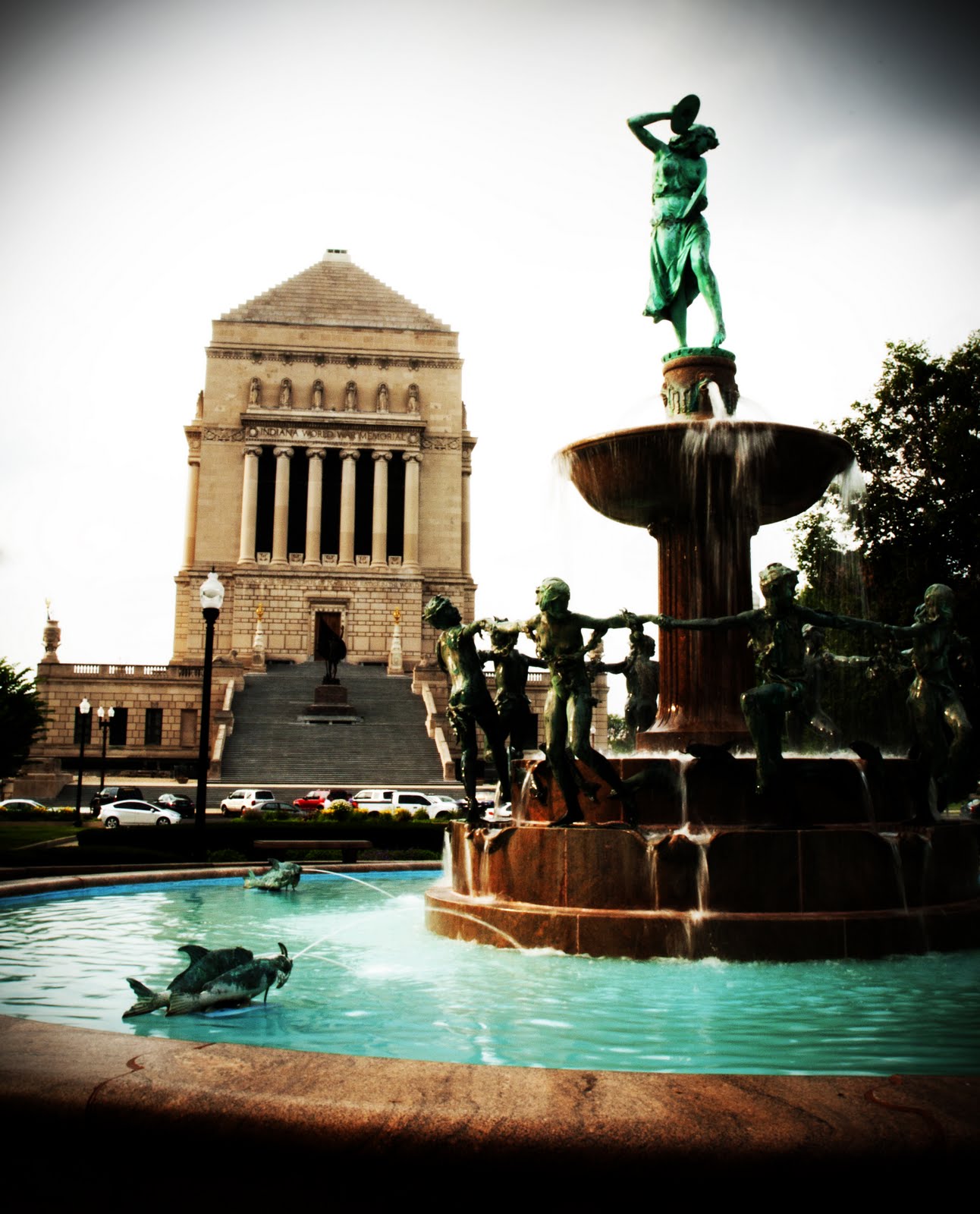 University Park is just south of the World War Memorial building and definitely worth visiting. During the Civil War the land there was used as a place to train and drill Union troops. Once the war was over, Indianapolis came together and created a fund to turn the land into the park it is today. 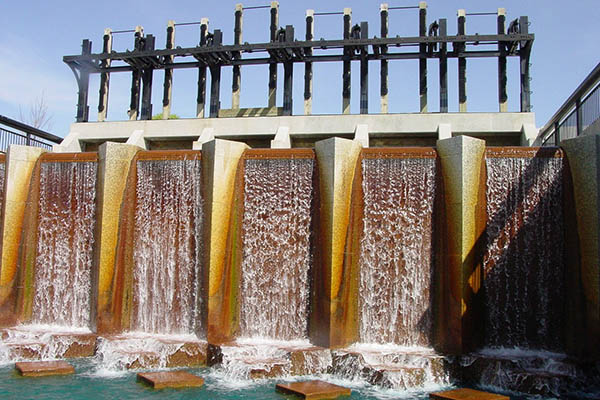 Admiral Raymond A. Spruance, a U.S. Navy officer, was one of Indy's very own! Best known for his success against the Japanese in the Battle of Midway in 1942, Spruance is honored for his time in WWII. His memorial basin can be found at the north end of Indy's Canal. 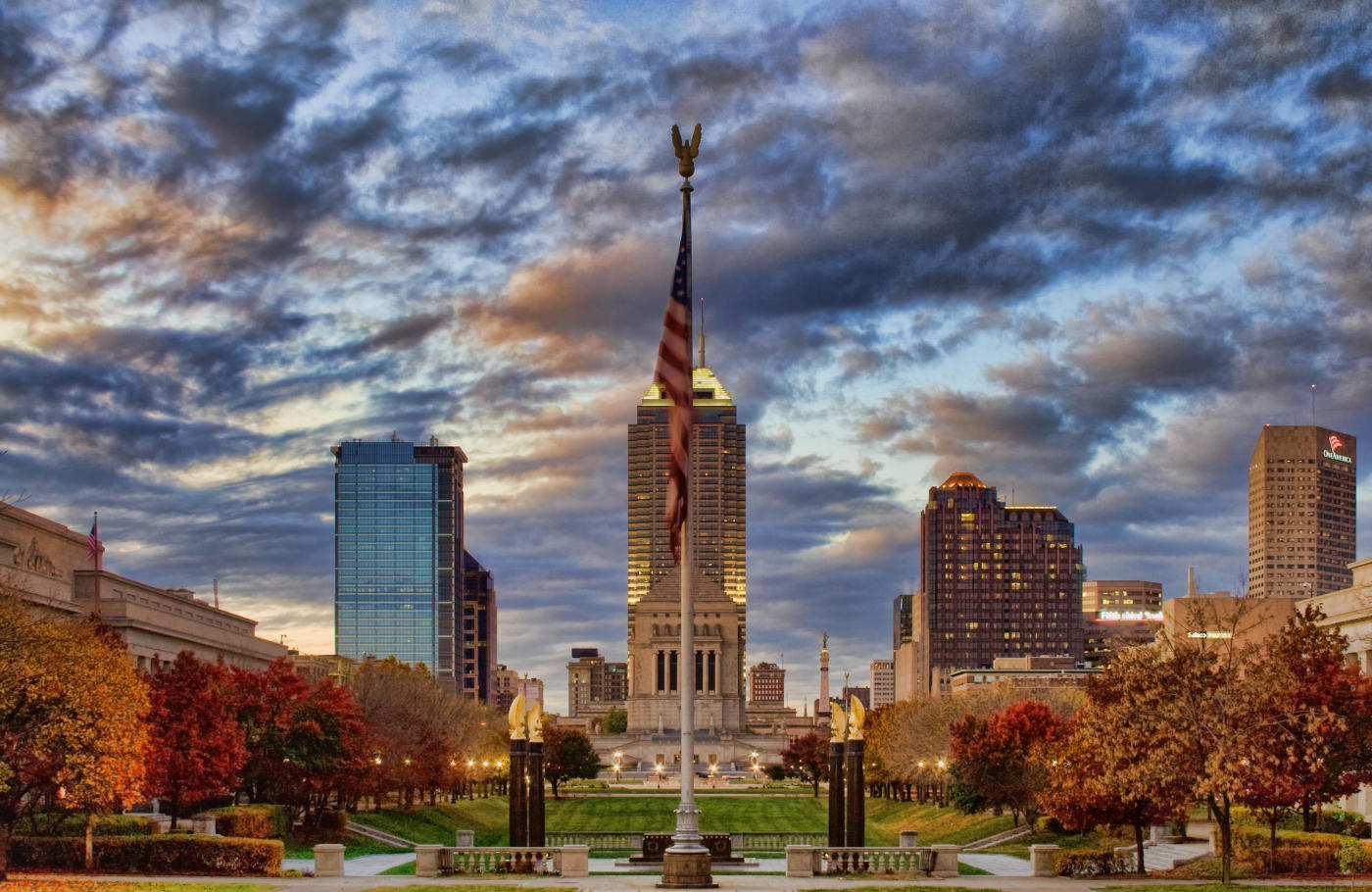 American Legion Mall, located on North Meridian Street, stretches over two blocks in Downtown Indianapolis with the Legion National and State Headquarters on either side. Several cities were in the running to host the National Headquarters but Indianapolis won out because of its proposed idea for the Indiana War Memorial Plaza in the 1920s. 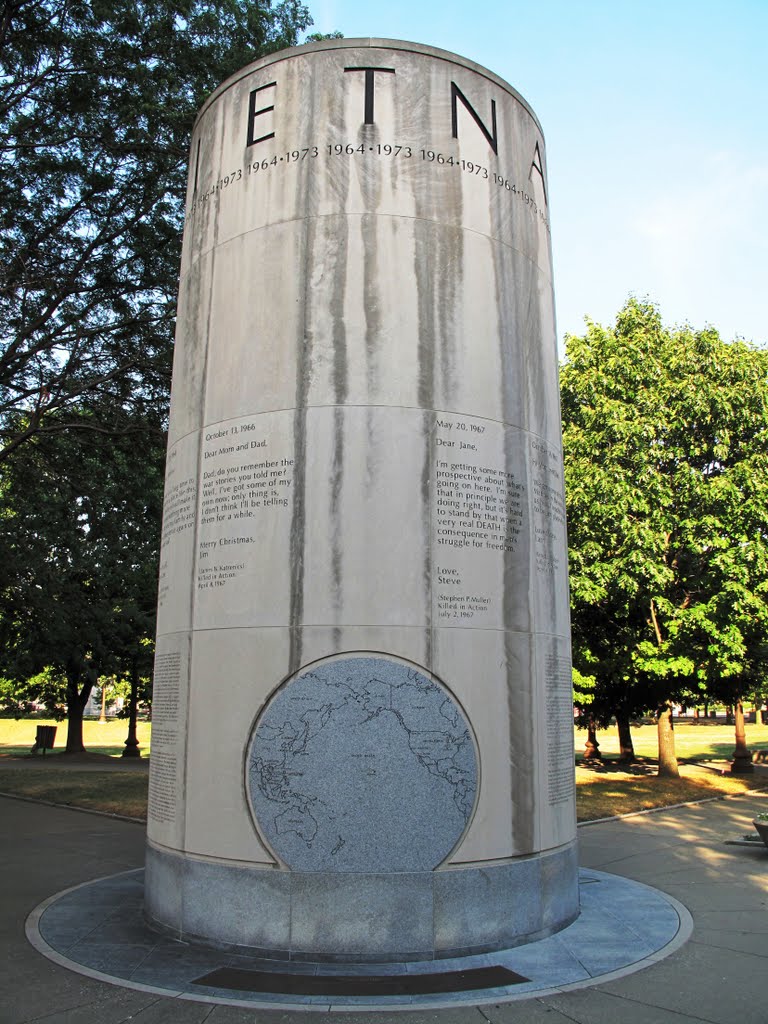 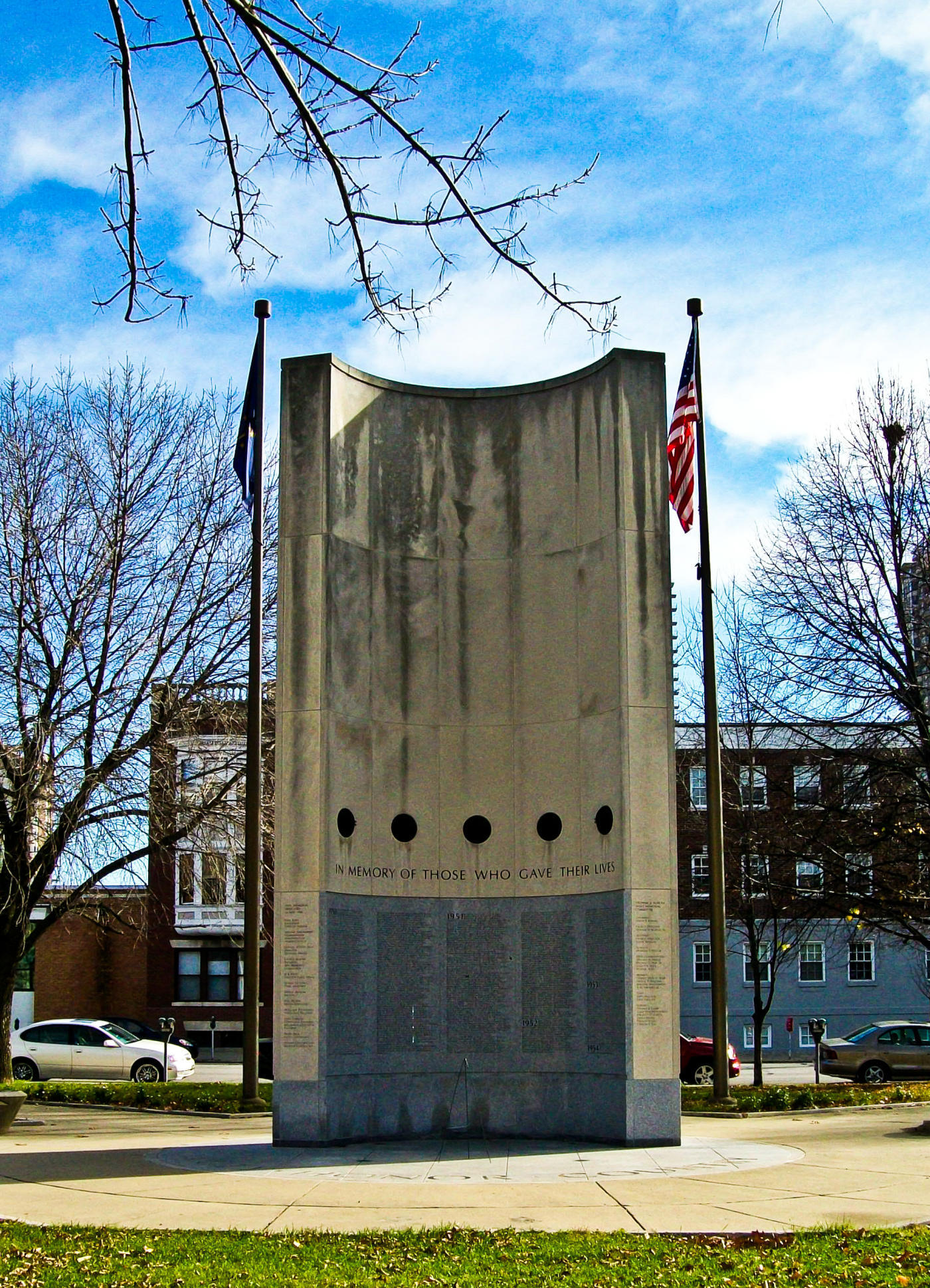 The Korean and Vietnam War Memorials serve as a dual memorial within American Legion Mall. The side by side cylinders, collectively, stand 12.5 feet wide and 25 feet tall, with the Vietnam cylinder standing slightly taller than its counterpart, symbolizing the greater size, longer duration and larger number of casualties in the war. One side of the cylinders holds engraved letters from Hoosier soldiers to families, friends and loved ones as well as narrative outlines of the wars. The other shows the engraved names of the Hoosier soldiers lost in each war. 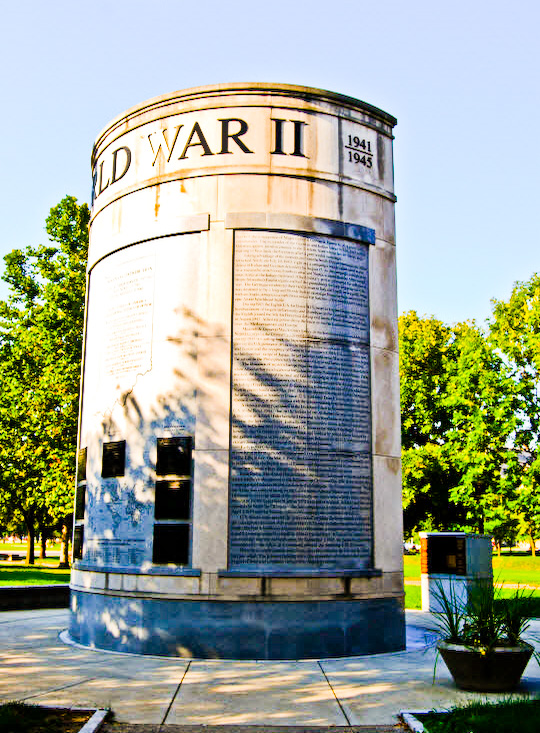 The World War II Memorial, also a part of American Legion Mall, stands just south of the National Headquarters. The WWII Memorial is noticeably larger than the Vietnam and Korean War Memorials, again recognizing the longer duration and greater number of casualties. This memorial also has engraved excerpts of notes from Hoosier soldiers as well as a summary of America's involvement in the war. 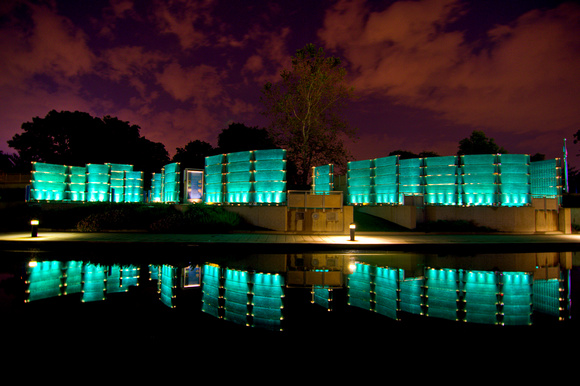 The Congressional Medal of Honor Memorial is located on the north end of Indy's Canal in White River State Park. The memorial is a combination of 27 curved glass walls standing between seven and ten feet tall. The walls represent 15 conflicts and the 3,456 men and women who have received the Medal of Honor. Every day at dusk, recorded stories of these men and women or the conflicts in which they fought are played. 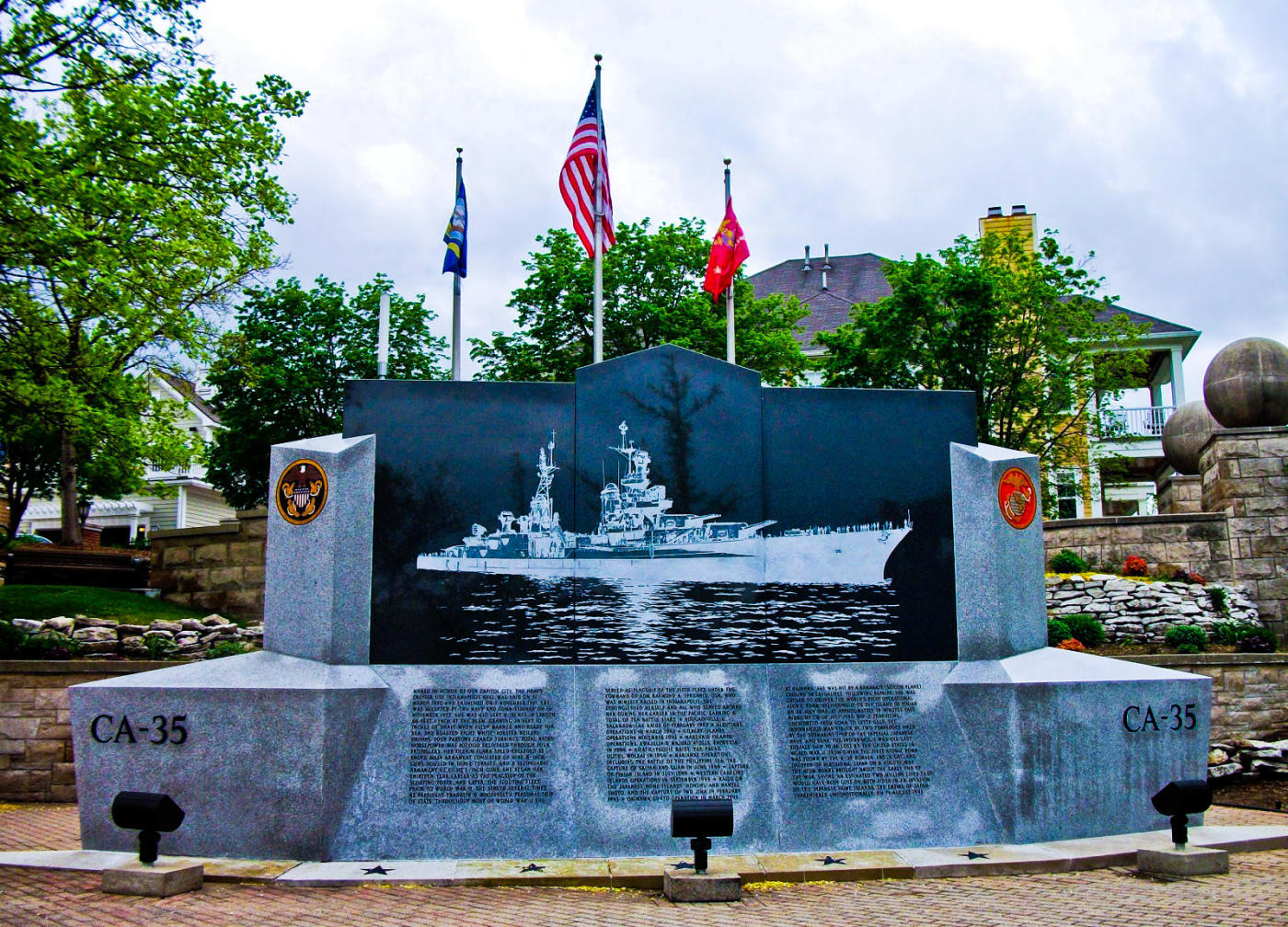 Again located at the north end of the Canal, the USS Indianapolis Memorial is one of only 26 memorials designated as a National Memorial by an act of Congress. After 50 years of dreaming and brainstorming, the survivors of the sunken ship finally raised the funds to build the memorial. On the south side of the monument are the names of the cruiser's company and one passenger that made up the final crew. 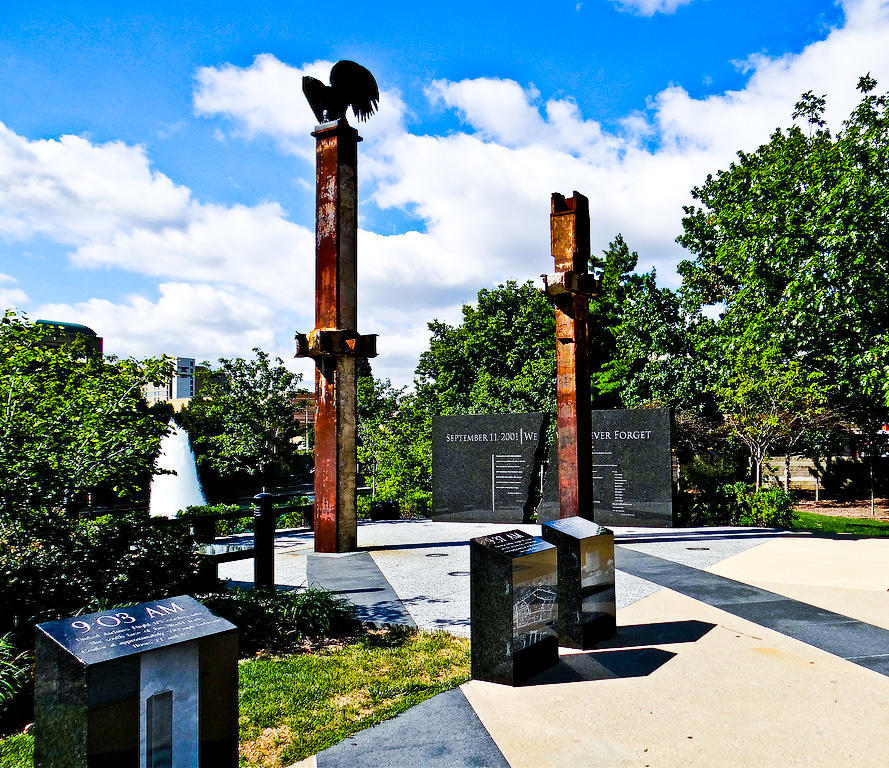 Located on Ohio Street, the 9/11 War Memorial consists of two 11,000 pound support beams from the Twin Towers. Behind the beams stands a granite wall recalling memories of the day's events. Atop one of the beams rests a bronze, life-size sculpture of an American Bald Eagle with its wings outstretched and facing east, toward New York.

Did we miss something? We'd love to hear your thoughts, ideas, submissions! Email us at [email protected]